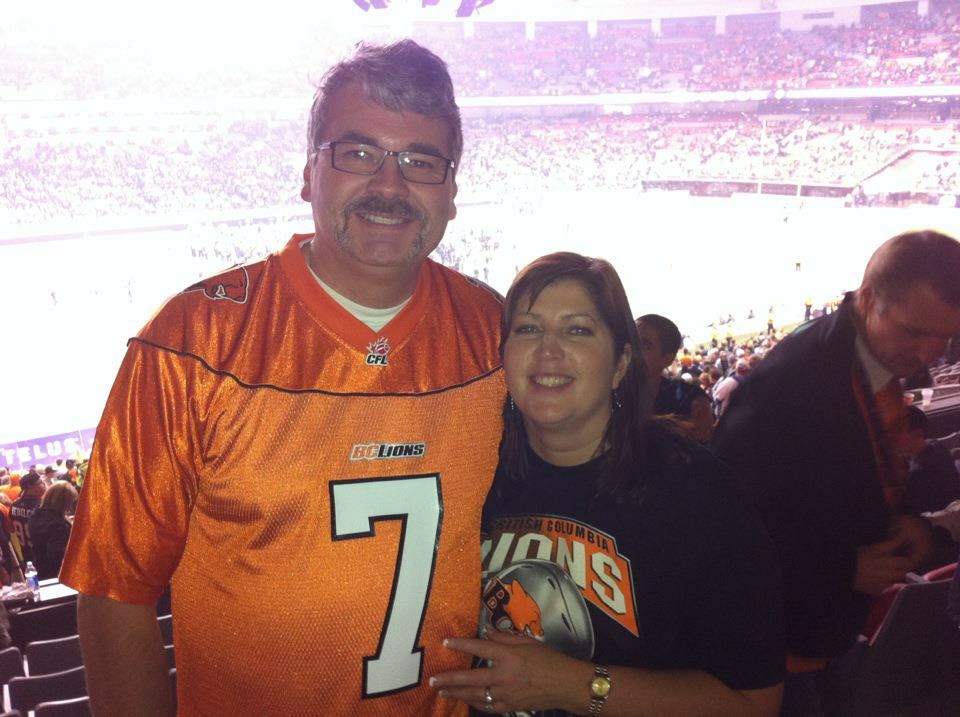 We were looking at some pics the other day that showed up on our facebook and I had to really stop and look because I had trouble believing that this pic was different from now.

On our facebook page, we get notices about ‘on this day’.  Sometimes the pics are silly, boy have things changed when it comes to posting.  Other things are ‘oh wow, has it really been that long?’.  Still, other posts bring back some really great feelings.

The image that came up was from five years ago.  It was a picture of Doug and I, at the Grey Cup game.  That is the CFL’s version of the Super Bowl.  I remember that day so clearly.  That was the year that Doug had been so sick.  He was mostly through a really serious bout of pneumonia and we were wondering if he was going to be healthy enough to go to the game.  Regardless of what the doc said, he was bound and determined to go.  We were both really housebound and needed the outing.  We probably should have chosen something a little less germy. 50 000 people in a single building, probably not the best place for his healing immune system.  But away we went.

So although we had a great day, the pic isn’t the most flattering.  We both were tired, both overwhelmed, and both still fat.  Although Doug had lost some weight with pneumonia, we were still way too fat.

Fast forward to a pic that was taken this year on the same date.  Oh my, how things have changed.  It wasn’t long after that Grey Cup pic was taken that we started to go to the gym.  We have now celebrated our 5th 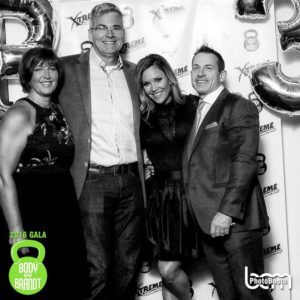 anniversary with our trainers, Dean and Leigh Brandt

We all have a past.  We all came from somewhere else.  It is ok to change.  It is ok to move on.  Please don’t live in a place where you are so afraid to change that you don’t.  The world is not made up of high school kids.  They are part of the world, but that was only a few years of your life, move on.  Change.  Be More!  You are worth the work to change and be better.  Then you can look back at pics and shake your head at what you looked like then and how far you have come forward.

Change is a good thing. Think of it this way, if you didn’t change, you would still have high school hair, drive a beater, live at home, and homework to do before tv.

The before and after pics are really worth it.- Heather Morneau