This was me one year ago.

I have never really broken anything before.  Growing up I had the usual scrapes and bruises, but nothing that required a trip to the Emergency Room.

I went to the ER more with my own kids than my folks did with me.  We, Doug and I, used to watch the calendar each year as it came time for our son’s birthday and think “this was going to be that year without a visit to the Emergency Room, but one year we actually had to rock, paper, scissors for who stayed at home with a house full of preteen boys and who went to the ER with his latest injury, on the day of his party.  It was mostly stitches, too many concussions, some dislocations, we had two trips with one of our girls right from school.  To this day, she holds it over him.  He had more injuries, hers were with an ambulance. But their recovery from their injuries was so quick, kids.

Maybe part of me felt a little left out.

No, not really.  Actually definitely not.  But, sometimes things just happen.

We had gone to the gym like normal, on the day IT happened, we had trained in our Olympic Weightlifting again like normal.  We had moved on to a few accessory pieces.  These are usually things that help strengthen specific muscles. In our routine, they are typically done at the end of the workout. I was on a piece of equipment that was meant for me to do some back exercises.  I had done two or three sets and was just setting myself to do the last set and that is when I had my “senior moment” as I call it.  I fell off of the equipment.

It happened in slow motion both in my mind and as Doug watched me go.  I kind of somersaulted forward, falling about three feet toward the floor.  But my barbell was right in front of me so I landed on it and as a result, my hand tried to break my fall but only succeeded in breaking.

The barbell squirted out from underneath me and made some noise as it hit other weights so the whole gym full of young 20-30 ish ‘kids’ turned to see me in the middle of the floor.  All I wanted to do was play dead and maybe they wouldn’t see me. I was so embarrassed.  The funny thing at the time was that my leg hurt more than my hand.  I had landed right on the barbell, I thought I may have broken my leg, my hand wasn’t even a concern.

Everyone helped me up like a little old lady.  I was now just trying to keep my composure.  The shock of what had happened was just setting in and I started to feel some pain.  Funny how long that part took to set in.  As I sat trying to figure out what actually hurt, I realized that my leg hurt, but my hand didn’t feel right.  It was actually starting to swell.

We left, grabbed an ice pack and I finally conceded that I needed to have it looked at.

One of the reasons I had hesitated was that this was Friday the 13.  It was also a full moon.  It just seemed a recipe for a really long night in the ER.

We must have beat the rush that night because it was surprisingly quiet while we were there.  When the doc was showing us the Xrays and I saw this big obvious break I was actually relieved.  That may seem weird but it validated the pain that I was now in.  Hooray, I wasn’t one of those people who are overly dramatic about a little bruise.  Then reality set in.

I broke my hand.

As it turned out, surgery was the next step.  I waited a week and had my first surgery in a very long time. And then began the hardest part, a very long road to recovery.  I was back in the gym the next week.  I went to support Doug, I really had no idea about what the next steps would be.

The surgery went as well as could be expected.  That was the easy part.  The recovery was more inconvenient than anything.  I was still going to the gym three times a week.  My workouts were completely altered, but I still managed to get a great workout in.  The hand was in a soft kind of protection, so no hard cast.  That meant I could not get it wet.  That part was a pain. I kept it elevated when I could, to help keep the swelling down.  Doing simple things were no longer simple, but at the end of 9 weeks, the cast came off and the hard part really began.

Now I had the chore to try to use this useless hand.  I had no idea how useless it would be.  My wrist was so week and didn’t move and most of my hand was swollen still.  It would take weeks and so many follow up appointments to get some use back in my hand.

And now, it's been a whole year and I am still recovering from this injury

It still doesn’t work right.  My wrist is mostly back to normal.  The bone in my hand healed perfectly buy my pinky still won’t cooperate.  It won’t bend so I have trouble gripping things.  Typing is a pain in the blog, when I use my pinky, it hits the ‘all caps’ button so I am now typing like a chicken, hunt and peck.  It still aches from time to time.  I have learned to work around it.  I may have to concede once again and go back to the doctor to see if this will be permanent or will it ever be normal again.

But through all of this, my nail tech has done wonders and my nails still look amazing.

The joys of aging. 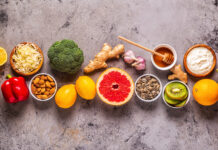