Is Orange the New You?

Orange is the new you, so they say.

So here we go, new year new you, new workout routine.  Each year there are a few new classes, pieces of equipment, and trends that seem really exciting and we run to try them out.  Maybe this new ‘thing’ will be the thing that my body will love and therefore I will finally love getting out there and my life will be complete, well, at least as far as being active is concerned.  Gyms are always trying new and different things to get us in the door.  But in the end it all comes down to getting in the door, getting our butts into gear and just getting it done.  There is a never ending supply of classes to try but what is it that we are actually looking for?  First of all, you have to enjoy it, at least on some level, the activity you have chosen to do.  But after that, why are we doing these activities anyway?

If you consume more than you use, you will expand.  Not complicated.

Calories in vs calories out.  Plain and simple.  As we were heading to the gym a few days ago, we heard about a few new fitness routines.  One peaked my interest and I have done a little research.  Coming to our neighbourhood is a new gym concept.  Orangetheory Fitness.  This new gym caught my eye for a couple of reasons.  I like to check out the new things.  I have been watching a couple of new gyms actually being built in our little neck of the woods (Gold’s Gym being one).  But, this new gym, OrangeTheory, belongs to one of our local hockey heroes, Trevor Linden.

Trevor Linden played for our Vancouver Canucks for most of his career.  He is kind of a big deal in our town.  Although retired from playing, he is still involved with the Canucks as President of Hockey Operations, he is also a business developer.  He has a chain of gyms, Trevor Linden Fitness.  So, when his name is linked to a new venture, we as Vancouverites, take notice.

OrangeTheory Fitness is a gym franchise that is currently in 9 countries.  It’s concept is basic;  “Base.  Push.  All Out.  Fitness, meet science.  The idea of Orangetheory is this:  a 60-minute workout designed to push you into the Orange Zone.  This create “Excess Post-Exercise Oxygen Consumption,”  or EPOC.  It’s what burns calories after your workout and gives you noticeable lasting results with Orangetheory Fitness.”

So, what does this mean?  It means that during your workout you track your heart rate.   If you know how hard you are actually working, you can work to your best potential.  Therefore burn more calories.  Therefore get more from your workout.    We have tracked our heart rate for a very long time using our Wahoo monitors.  One of the reasons was that our trainer wanted to make sure we were not going to have a heart attack during our workout.  But also, if you don’t see results, you are less likely to continue.  So, working at your best heart rate zone give you the best chance of seeing results from your effort.  That is how your metabolism works.

As I have said in past posts, find what works for you.

It should push you.

It should be achievable.

It should be enjoyable.

It should be something sustainable.

Most of all, whatever it is, it just needs to get done.

“I spend my time at the gym doing diddly squats” -Unknown

5 Reasons Why I Love My Fitness Pal 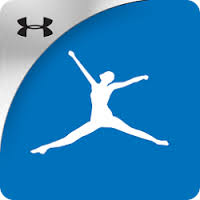 New Year, new commitment level…again. We have all been there.

‘This time it’s going to be different’. Me too. It seems every few weeks and especially every new year, I commit to making a new start. This year is no different. For me, though, I know that although I am not where I wanted to be, I am not in the same position as I was this time last year and I am happy with that. I did not hit my goals for several things, but I did not slide backwards either. So, hooray for me. And HOORAY for YOU. Find that ‘thing’ that you did accomplish and camp on that. Don’t focus on what you didn’t do, focus on what you did do and then move forward. That needs to be your focus, forward.

My commitment will begin with a simple tool to track my energy in vs energy out. It’s not just about calories, it’s also about nutrients, fats, water, and exercise.

There are all sorts of online tools to use. Find the one that works for you. I have looked at several and I like this one. This tool works for me for a few reasons.

Don’t over complicate things. Set realistic goals. Measure your efforts. Celebrate your victories. Remember this is not just an exercise in exercise, it’s a whole new you.

Healthy is not a goal, it’s life. -Heather Morneau

and how to find alternatives to our natural sweet tooth.

This article is always timely, but especially as we all come down from our sugar high of holiday drinks, candy, and baked goodies .

Sugar has become a dirty word for quite some time, but this adds even more fuel to the fire.

This is The Year that I Will Finally… 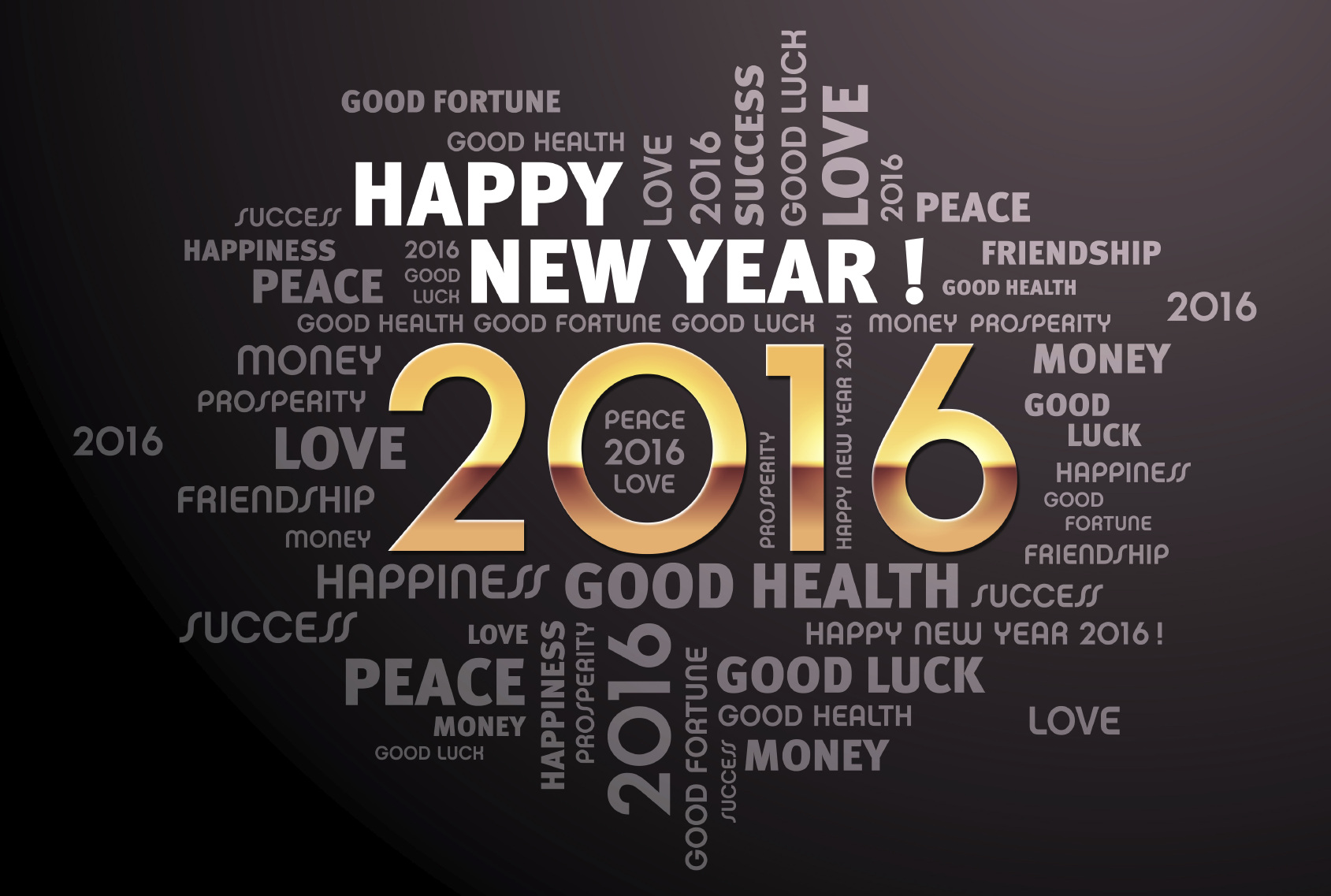 At the beginning of each year, we as a general rule, tend to look back and plan for the future.

We tend to think that with the chime of the clock turning to a new calendar year, we are given the opportunity to turn our backs on last year’s mistakes, misses and oops'. We look forward to the newness of the new year and declare to the world, that THIS is the year that you will get your act together. ‘This is the year that I will finally …….!’ Good for you. Really, it is a good thing. It sure beats the alternative. The option being, that there is a group of people with the opposite viewpoint. “What’s the point? I didn’t accomplish my goals last year, so why bother setting myself up for failure this year!”

I am with you, though.

I am really looking forward to the whole journey. Not just the completion of my goals, but the whole process. I like to check things off of my list. I like to look back and even if I didn’t do all that I set out to last year, I did do some of my list and that feels great. A little growth is better than no growth. BUT, and here is the but, not everyone feels this way. Truly, there is a large portion of the public that will cross their arms, put on a scowl, dig in their heels and will be grumpy and defiant about starting again. How do we deal with these people? Especially when they are close friends or family.

This is one of the most difficult things to deal with when you are trying to change something. Have you ever noticed how some people are proud of the fact that they haven’t changed? There are people out there that wear that fact with pride. Those people have never moved, haven’t changed jobs in a really long time, still drive the same car, still have the same hair style and even still fit into clothes from school. Some of that is great, they are thrifty, blessed with a great job, have a good mechanic, and even have a patient hairdresser. Some of that has consequences. Maybe they actually hate their job, but are afraid to make the change. Maybe they can’t afford a new car. Maybe the house is heavily mortgaged. Whatever the reason, change is not an option for some people.

Personally, I like change. I have moved homes a few times. Driven lots of different cars. I love sitting in my hairdresser’s chair and saying “shave it all off”, she never does, but she knows that I am ready for change. After all it’s hair, it will grow. Without change, I would have never seen some of the greatest cities in the world. I would have never known what it was like to drive a Porsche. I would never have known that grapefruit from Tahiti tastes nothing like the grapefruits imported to Vancouver from Florida. I would never have known that a little purple in my hair has become one of my favorite styles that I have ever done.

It hasn’t all been great. Some changes have cost us as well. We lost some friends when we moved neighborhoods. We missed out on saying goodbye to a good friend when she passed on and we were away. We lost all of our savings when we risked big with a new company and it eventually collapsed. But without change, I would never have found out that I like to write to you. I really love blogging.

How, then, do you decide to change and subsequently deal with the people in the ‘no change zone’.

1. Just decide to do it anyway.

2. Put some distance between you and the nay sayers.

4. Find people that do support your change

5. Bring your negative cheer squad along for the ride.

Bring on the new year and the new you. It will all be worth it. It won’t all be easy and if it is an ambitious goal, it will be harder than you thought it would be, but it will all be the best year yet. Keep in mind, you don’t know who is watching you. Who knows, you may be the inspiration someone has been looking for.

Good Luck and keep us close. Bring us along for the ride and keep us updated. We will be there for you in any way we can be. If you want help and or support let us know.

Cheers to a new year and another chance for us to get it right.  – Oprah Winfrey

“For we do not know what to pray for, but the Sp

Why does someone believe you when you say there ar