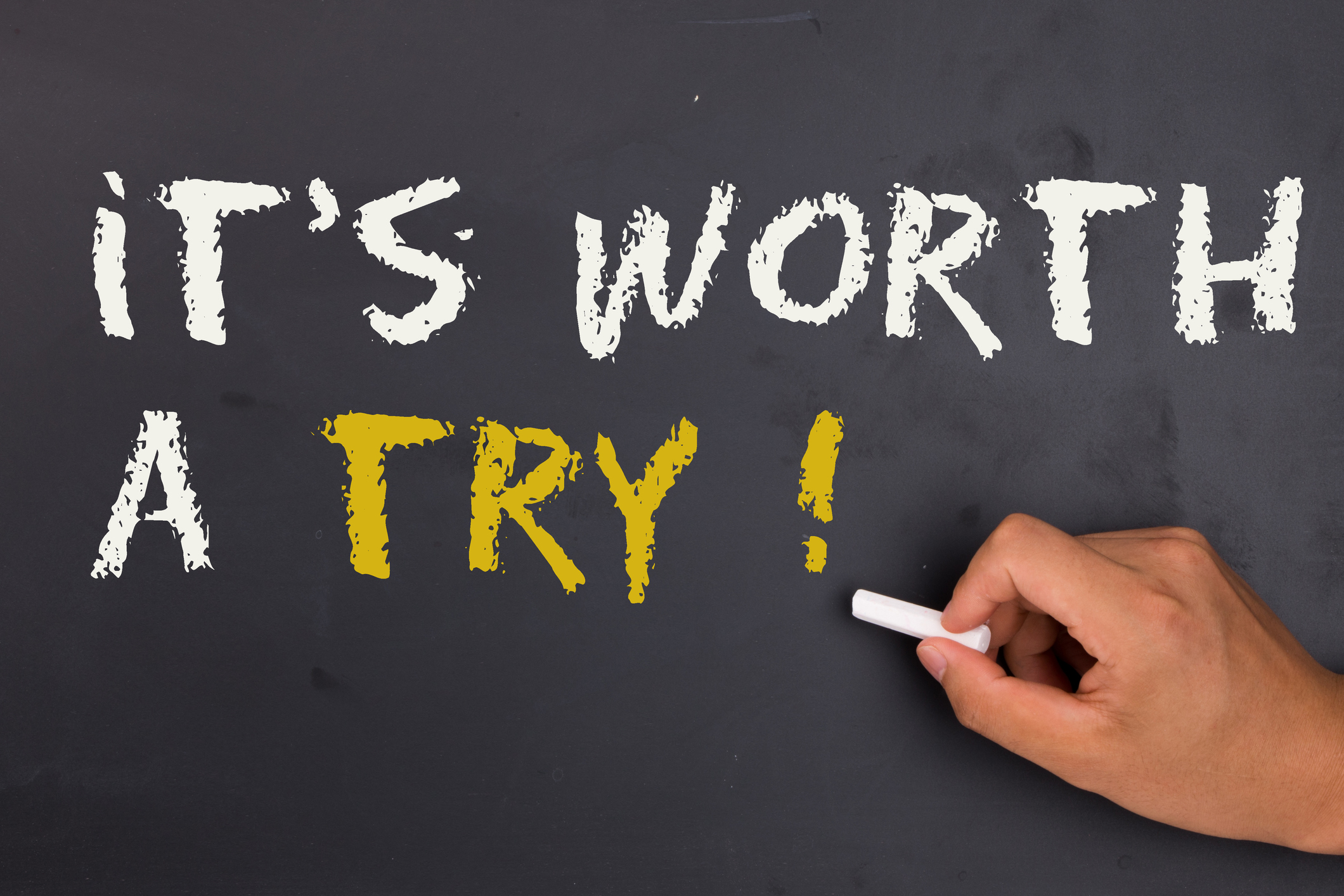 I decided to take my own advice. I tried something new. I tried tennis.

Ok, so this not earth shattering and it has been done before and millions of people play on a regular basis.  But not me.  It has been one of those sports that on the TV bores me to tears.  I think about it and it doesn’t excite me either.  But every time we travel to a resort with multiple activities, there is always a place to eat, drink, swim, and play tennis.  I thought about that and then decided to spend a little time watching some people.  Normal people, not on the TV, in person, not out to kill their opponent, not worrying about the kill shot, not stressing about the score, but real people and guess what?  I started to enjoy what I was watching.

I have tried many sports over the years.  I have played many team sports, I have rarely shied away from an activity challenge, but tennis was just never really on my radar to play.  So, when this chance came about, I said ‘why not?’

We put on our runners, grabbed a water bottle, and wandered over to the court, grabbed a group of balls, a racquet and ventured into the court.  Ok, so this wasn’t so hard.  It was just Doug and I, no pressure, “let’s see if I can even hit this little yellow ball.”  Well, apparently I can hit it.  Cool, it didn’t go where I wanted it to, but I could hit it.  It was way more challenging as the time went on.  Our goal was just to get it over and back a few times.  I guess our goal was pretty high.  I just had to keep reminding myself that we were beginners and it was actually expected that we would mess up.

I was really glad we tried it and I would absolutely do it again.  It was really fun.  It was a large challenge.  I was sore from using my muscles in new ways and my feet were tired, but I did it.  I played something new.  Yay!

I keep talking in this blog about trying something new.  Just get out there and do it, and I finally took my own advice.  According to my activity tracker on Map My Fitness, an hour of tennis burns about 1000 calories WOWZA!  That is incentive enough to try it again.  Why not?  Part of staying on this journey of a healthy lifestyle is staying excited in your own lifestyle.  If sitting at home wishing you could go outside, feel more motivated, want to get moving, had the money to buy that next greatest ‘thing’ is the barrier between you and activity, then do the one thing that it will take to get you moving, move.  Just do something, anything, just get the blood pumping and you will feel better.  Then do something you like and eventually do something new and then keep looking for that new thing.

Staying motivated is really hard, but it’s harder to reach your goal if you are not pushing yourself.  Be your own best coach.

Tennis may not be for you.  Admittedly, at 51, it took me a long time to try it, and I don’t see myself joining the local tennis club, but it was fun and given the chance, yes, I would do it again.  It is something different when I need something different and after all, that is the goal.  When running is boring, the gym is dull, the opportunity is there, just do it.

It's hard to make music when you're not excited about it. So trying new things and going for new things is something that I can enjoy doing. – Dierks Bentley